This season on Friday, October 21th at 4:00pm
the Saints host Hollis Brookline

The JV teams will play at the same time on the JV field.

The teams will play the game with Select "The Cure" Pink soccer balls.
Players will wear pink uniform shirts, sweatbands and headbands.
Some will have pink laces in their cleats.

This is done to raise awareness that cancer touches everyone's lives.
Everyone is effected by cancer in some way.
It could be a family member, a relative, a friend or someone you know.

The purchase of the Pink Balls, sweatbands and laces send money to Cancer research

A little history of the game "in Pink":

This was the first ever PINK game in St. Thomas School history.

This was done to raise some money, but also awareness that cancer touches everyone's lives.

In that 2009 game Ross Suleski scored the loan goal as the Saints won their home opener against Oyster River.
Ross played in memory of his Grandmother Betty Peterson who passed away from Lung Cancer.

Photos from 2009 game by Kevin Collins

Rylie lived in New Hampshire with her family.

On Jan 9,2010 Rylie had a big belly and the family thought she was constipated. Rylie was brought to the ER, she was diagnosed with an enlarged Liver and was transported to Children's Hospital at Dartmouth in Hanover.  Rylie was then transferred to Children's Hospital in Boston. She was poked, prodded, and x-rayed many times.  They found that Rylie has a large Tumor in/next to her Liver and everything pointed towards Cancer. She has been a little trooper and behaved so well for all the Doctors and Nurses. There were multiple teams of doctors working with her from both Children's Hospital and Dana Farber.

Unfortunately Rylie lost a tough fight after a year and a half.

Photos from the 2010 Varsity Pink game

In 2011 St. Thomas played host to Portsmouth in a PINK game to raise money in memory
of Rylie Cruz for the Dana Farber & Children's Hospital Cancer center.

We added a memory wall where Players and Fans could write down the names of Family and Friends who they were playing for and praying for. 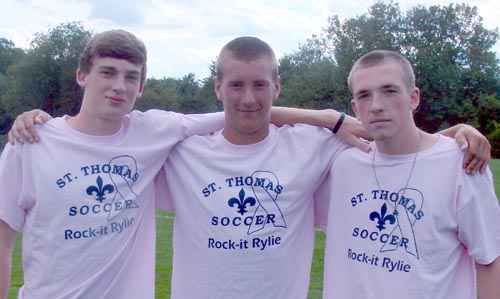 Photos from the 2012 Pink game

Photos from the 2013 Pink game 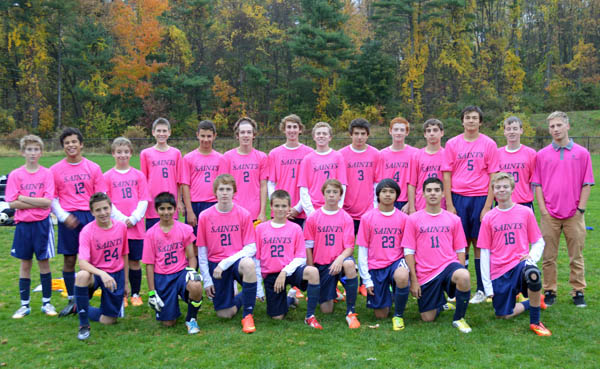 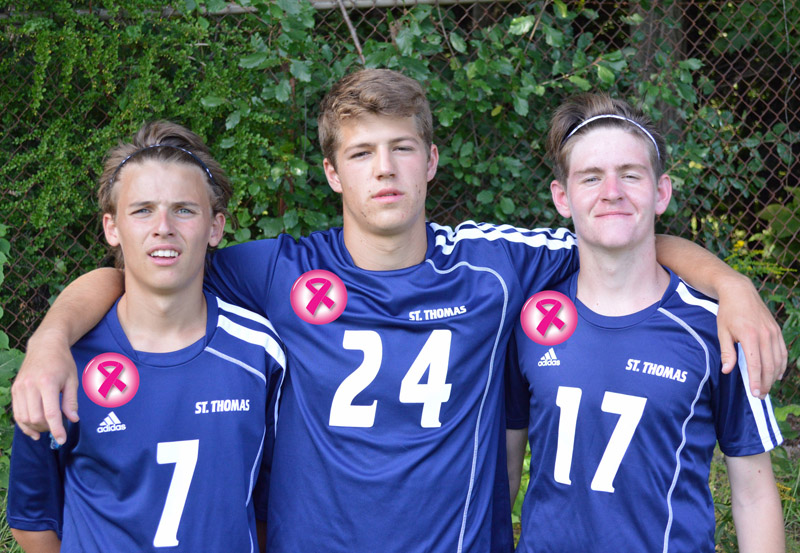 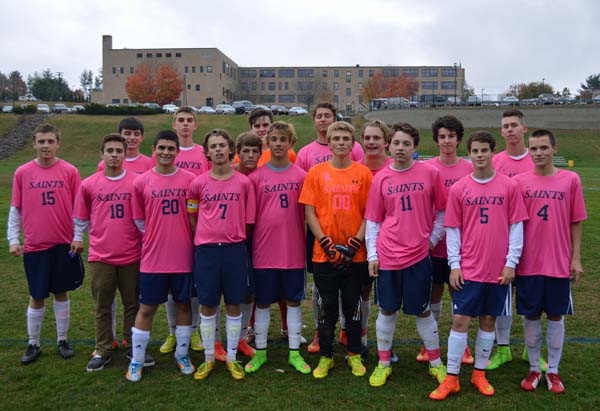 Photos from the 2014 Pink game

The 7th annual Pink game was palyed in 2015 against Manchester West.
the team not only won a victory by raising money to fight Cancer but also
won coach Suleski his 100th career game as a varsity coach at St. Thomas.

This year the Saints will carry on the tradition that has spread to other sports teams at St. Thomas.

So Come Join us and cheer on your team and remember past Family and Friends.